Hutchinson's Historic Fox Theatre is a non-profit 501(c)(3) corporation and is listed on the State and National Registers of Historic Places. The Fox is entirely funded by donations from foundations, members, & patrons just like you.

At the Fox Theatre our top priority is the health and safety of our artists, volunteers, staff, and patrons.

We are currently working with our booked artists’ agencies in an effort to reschedule show dates sometime in the near future. Some dates have already been confirmed and are listed below. We will announce others as soon as possible once we can confirm. If you have purchased tickets for any of our postponed events, hold on to them as they will be valid for the rescheduled date.

If you opt not to keep your current tickets for a new date announcement, you may contact the box office for a full refund by calling 620-663-1981 or e-mailing thefox@hutchinsonfox.com. Please include your full name as it appears on your ticket order and, if possible, your order #.

If a new date for any of these events cannot be scheduled and we are forced to cancel, we will send information regarding that cancellation to our ticket holders immediately and begin issuing refunds.

FOX SPOTLIGHT
News and media from the Historic Fox Theatre in Hutchinson, Kansas

We've launched a blog and hope to share meaningful content across its lifespan, eventually getting back to the music and you:
https://foxtheatremedia.wordpress.com/blog-2/

“One Night in Memphis” features over 90 minutes of pure rockabilly, country, gospel and rock and roll in a very authentic and energetic presentation featuring nationally known talent. The show recreates that magical night of December 4th, 1956 when Elvis Presley, Carl Perkins, Jerry Lee Lewis and Johnny Cash found themselves jamming at Sam Phillip’s Sun Studios in Memphis, TN. Little did they know that their jam session was being recorded and preserved for all time, representing all the performers in their prime and the very best music of that time. “One Night in Memphis” is created and directed by John Mueller from the highly acclaimed show “Winter Dance Party” and has met with the same accolades and audience standing ovations. The San Francisco Examiner raves, “An Amazing Show!”

A musical force equipped with the soulful vocals of Janis and the guitar slinging skills of Stevie Ray, Carolyn Wonderland reaches into the depths of the Texas blues tradition with the wit of a poet. She hits the stage with unmatched presence, a true legend in her time.  Carolyn grew up the child of a singer in a band and began playing her mother’s vintage Martin guitar when other girls were dressing dolls. She’s gone from being the teenage toast of her hometown Houston to sleeping in her van in Austin amid heaps of critical acclaim for fine recordings Alcohol & Salvation, Bloodless Revolution, and more recently, Miss Understood and Peace Meal.

Let’s have some fun! Tommy Castro & The Painkillers’ road-hardened chops and Tommy’s sense of California soul promises a stew of funky Southern soul, major market blues and American rock. It will be a live, luscious string-bending jam that will put a smile on your face and a feast for your musical soul. Sharing the Fox’s stage – the one, the only, Long Tall Marcia Ball, sharing her Louisiana tinged voice, her famed barrelhouse piano chops and her marvelous band. The show will be a big pot of musical gumbo featuring Texas boogies, Gulf Coast groove blues, steamy New Orleans ballads and a second serving of fun the night before our taxes our due. Bon Ton Roulette!

Armed with only their wits, “Whose Line is it Anyway?” stars Colin Mochrie and Brad Sherwood are taking to the live stage and they’re...Scared Scriptless. Prepare to laugh yourself senseless as improv comedy masterminds Colin & Brad must make up original scenes, songs and more from whatever you, the fans, suggest! You just might also get to join in on the fun on stage. It’s a hilarious comedic high wire act… just like a live version of ‘Whose Line!’ How the heck do they do it? We don’t know either! Don’t miss the best duo in improv in the Colin Mochrie & Brad Sherwood: Scared Scriptless Tour.

“HOUSTON, WE’VE HAD A PROBLEM.”
These words set in motion a historic series of events. For three days, three astronauts huddled in the Aquarius Lunar Module as the Mission Control team on Earth worked to solve the problem of how to bring them home. Meanwhile, the world united in prayer and hope for the survival of three Americans 200,000 miles from Earth. No other space mission before or since called on the collaboration of so many in Mission Control and beyond to solve such a critical challenge. Apollo 13: A Mission of Survival. A Mission of Teamwork. A Mission of Hope. Join us to celebrate the great Victory of Apollo 13, where the Apollo 13 Command Module, Odyssey, was restored, preserved and is proudly on display in Cosmosphere’s Apollo Gallery.

*Guests are subject to change  **Tickets are non-refundable

The instrumentation is recognizable to any aficionado of chamber music, that of the classic piano quintet. Renowned jazz master Cyrus Chestnut and the GRAMMY winning Turtle Island Quartet continue their remarkable journey together as they traverse the myriad colors of jazz and beyond. The collaboration is infused with the global reach of gospel and sacred music - ranging from the Appalachian Mountains to the spiritually defined musical landscape of J.S. Bach. Dipping into the rhythms of world cultures, these five multi-stylistic singularly, gifted musicians come together to embrace the transcendental power of great music. A moving night of Ellington, Bill Monroe, Coltrane, and more. 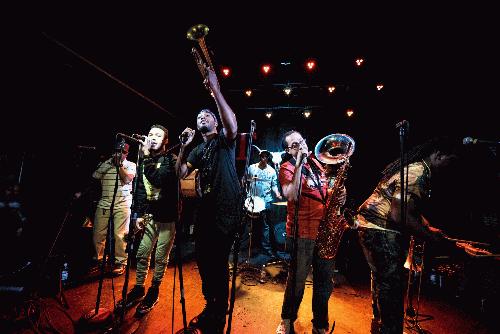 Whether seen on HBO’s Treme or at their legendary Tuesday night gig at The Maple Leaf, Grammy-winning Rebirth Brass Band is a true New Orleans institution. Formed in 1983 by the Frazier brothers, the band has evolved from playing the streets of the French Quarter to playing festivals and stages all over the world. While committed to upholding the tradition of brass bands, they’ve also extended themselves into the realms of funk and hip-hop to create their signature sound. “Rebirth can be precise whenever it wants to,” says The New York Times, “but it’s more like a party than a machine. It’s a working model of the New Orleans musical ethos: as long as everybody knows what they’re doing, anyone can cut loose.” In the wake of the sometimes- stringent competition amongst New Orleans brass bands, Rebirth is the undisputed leader of the pack, and they show no signs of slowing down. 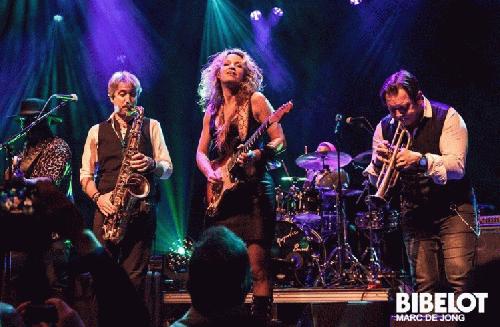 Called “one helluva guitar-player” by Bruce Springsteen and nominated for six Blues Music Awards, Ana has appeared on the covers of Vintage Guitar and Guitar Player magazine. Her albums 'Can You Stand The Heat' and 'Unconditional' were USA Today Picks-Of-The-Week and featured on NPR Weekend Edition, who praised her "Fiery technique on the Stratocaster". Nearly all of Ana's albums reached the top of the Billboard Blues Charts. She and her six-piece band have toured tirelessly, sharing stages with B.B. King, Buddy Guy, Jeff Beck, Joe Bonamassa and many others.

Western Art & Architecture is a well-respected publication for art collectors and architecture aficionados across the United States. All of WA&A‘s features, columns, and photography focus on America’s love affair with the Western visual arts — from the classic Western masters to contemporary trendsetters — in lively, creative communities from Texas to the West Coast. Hutchinson's Historic Fox Theatre has been prominently featured in WA&A's June/July 2018 issue, available both in print and online, in a piece focusing on historic theaters of the American West. Other theaters featured in the piece alongside the Fox include the Majestic Theatre in San Antonio, Texas, the Central City Opera in Central City, Colorado, the Panida Theatre in Sand Point, Idaho, Peery's Egyptian Theatre in Ogden, Utah, and the Paramount Theatre in Oakland, California. 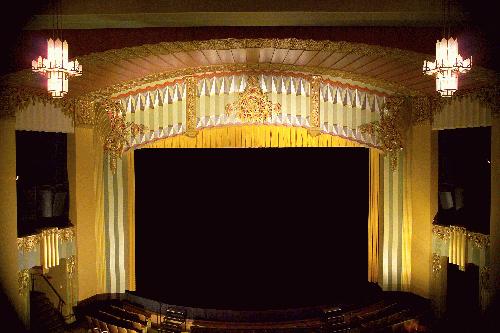 Architectural Digest, a prominent print and online publication considered to be “the international design authority” by its readership, featured our own Hutchinson Fox Theatre among fourteen other historic movie palaces across the country in a recent online feature titled “Showstoppers: 14 Historic American Theaters”.

Click Here To See The Feature Online at Architectural Digest

BEWARE of online ticket resellers who are offering tickets to FOX events at INFLATED prices. This is the official website of Hutchinson's Historic Fox Theatre, and the only official online ticket outlet for our events. 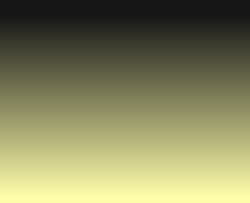